Should I Be Concerned About Fentanyl? 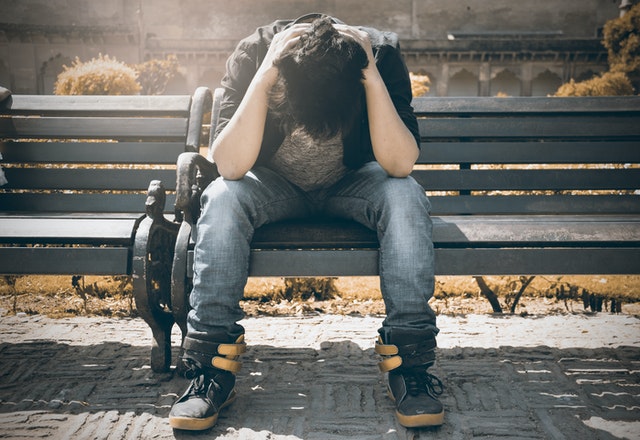 In recent years, fentanyl use and overdoses have been on the rise. The drug is commonly mixed with other drugs such as cocaine, heroin, and MDMA. Unfortunately, this often means someone does not know they are taking fentanyl.

As a parent, you may be concerned about your child’s drug use. With fentanyl overdoses continuing to rise, this concern may increase significantly. However, by learning about fentanyl, its effects, and the dangers of use, you can intervene before it is too late.

Fentanyl is a powerful synthetic opioid that is similar to morphine. However, fentanyl is about 50 to 100 times more potent. It is a prescription drug that is made and used illegally.

Like morphine, fentanyl is a medicine typically used to treat patients with severe pain, especially after surgery. As a parent, you may know that epidurals used during childbirth contain fentanyl. Fentanyl is also sometimes used to treat chronic pain in patients who are physically tolerant to other opioids.

Illegally used fentanyl is often made in a lab. This synthetic fentanyl is sold illegally as a powder, dropped onto blotter paper, put in eye droppers and nasal sprays, or made into pills that look like other prescription opioids.

However, many drug dealers mix fentanyl with other commonly used drugs, such as heroin, cocaine, methamphetamine, and MDMA. It takes very little to produce a high using fentanyl, meaning it has become a cheaper option. Fentanyl-laced drugs are especially dangerous because many people don’t realize they are taking the drug.

Being unaware of fentanyl use means many people are taking stronger opioids than their body is used to. In turn, this increases the risk of overdose.

How Fentanyl Affects the Brain

Like other opioids, fentanyl works by binding to the body’s opioid receptors. These receptors are found in the parts of the brain that control pain and emotions. After taking opioids many times, the brain adapts to the drug, diminishing its sensitivity, making it hard to feel pleasure from anything besides the drug.

Synthetic opioids, including fentanyl, are now the most common drugs involved in drug overdose deaths in the United States. In 2019, 59% of opioid-related deaths involved fentanyl compared to 14.3% in 2010.

An overdose occurs when a drug produces severe effects and life-threatening symptoms. When people overdose on fentanyl, their breathing can slow or stop. Slowed or stopped breathing can decrease the amount of oxygen that reaches the brain, also known as hypoxia. Hypoxia can lead to coma, permanent brain damage, and even death.

While reports as recent as 2018 concur that teen use of illegal drugs is at an all-time low, overdoses are on the rise. Beginning in 2015, the number of teen overdose deaths began increasing. After dropping for a few years, it went up to 3.7 deaths for every 100,000 teens. This means a total of 772 teens died due to overdose in 2015.

Most teen overdoses are related to two drugs: heroin and fentanyl. Only a small amount of fentanyl is needed to make a person “high.” As a result, many drug dealers are adding it to other drugs. Unfortunately, this means many teens don’t know what’s in the drugs they’re taking.

The most crucial step in treating an overdose is calling 911 for assistance. Narcan, or naloxone, an injectable or intranasal spray that acts as an opioid antagonist, can be administered to help reverse an overdose. According to NIH, “families with loved ones who have opioid addiction should have naloxone nearby; ask their family member to carry it; and let friends know where it is.”

Due to the potency of fentanyl, someone may require multiple doses of nasal narcan. It is important to tilt the head back and ensure the applicator is inserted far enough to reach the nasal cavity if the individual is not breathing. Those given naloxone should be monitored for another two hours after the last dose of naloxone is given to make sure breathing does not slow or stop.

Fentanyl is not always used on its own; many overdoses are caused by other substances being “cut” with fentanyl. There are multiple indicators of an overdose, which can include:

Fentanyl overdose rates continue to rise in the United States. As a parent, you may be concerned about your teen’s drug use, and with fentanyl overdoses continuing to soar, your anxiety may increase. Fentanyl is often “cut” with other drugs, meaning your teen may not know they are using fentanyl, increasing the risk of overdose. If you are worried about your child’s drug use, Sustain is here to help. We utilize a multifaceted process, integrating a balance of clinical interventions, 12-Step recovery, and holistic modalities. At Sustain, we provide adolescents with a positive and loving environment where they can feel comfortable addressing their addiction and mental health needs. Our goal is to facilitate education, interpersonal awareness, and behavioral change through continuity and proven recovery and mental health skill development that supports learning and change. For more information on how Sustain can help you and your child, call us today at (949) 407-9052.