The Psychology of Self Harm 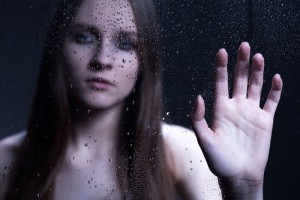 Most people do whatever they can to avoid injury and pain. This makes it difficulty to understand the psychology behind self-harming. Gillian Flynn (author of the novel “Gone Girl” that was turned into a movie starring Ben Affleck), captured much of the psyche of self-mutilation in her earlier book, “Sharp Objects”, which featured a main character who harmed herself in response to nightmarish childhood events. Individuals who harm themselves by inflicting skin wounds or other trauma generally see no other means of expressing their feelings. They feel backed into a corner, and their response is to cut themselves out of it.

The Psychology of Self Harm

Self-harm is neither a cry for attention nor an attempt to commit suicide. People who harm themselves often do so privately and try to cover up their actions. For example, self-harmers will wear long sleeves and pants to cover scabs and scars, and they almost always inflict their harm on themselves in private. Rather than being a plea for help, self-harm is a means of expressing inner pain that a person is otherwise unable to verbalize. The immediacy of an injury also distracts a self-harmer from deeper and potentially more painful circumstances that continue to plague them after dissipation of the short-term relief they may feel from self-harming.

A broad range of different circumstances can lead to self-harming activity. This activity had been concentrated more among women, but an increasing number of men are self-harmers as well. Young men and women who internalize feelings of low-self esteem or poor body image might harm themselves to counter those feelings. A teenager whose parents are going through a divorce or who is struggling with his or her sexuality might fall into a pattern of self-harm if no other outlet is available to express those feelings. Relationship problems, job stress, and drug and alcohol addiction can also deepen a self-harm problem. There is a large overlap between the stresses that lead to drug addiction and alcoholism and the motivation for self-harming.

Likewise, counselors treat self-harm much as they would treat drug addiction. A self-harmer first needs to gain awareness of the triggers that cause him to injure himself. Rather than acting out against those triggers, that person then needs to focus on his feelings and learn how to respond to those feeling more productively. If, for example, a person harms himself as a means to dull his psychological pain, he might instead try to record his feelings in a private journal. If a person engages in self-harming as a means to calm  himself down, he can try exercising or taking a warm shower to distract himself from his anxieties. Self-harmers who feel numb can try to shock themselves with cold water, or eating a spicy meal. Angry individuals who have no other means to express their anger might turn to a punching bag or some other inert physical object that they can hit to vent that anger. The critical thing is to find a means of expressing internalized emotions by doing anything other than self-harm.

As incidents of self-harming are increasing, counselors and therapists are gaining extensive experience in helping individuals to break self-harming patterns. As with most psychological disorders, there is no single or easy remedy to self-harming. Treatment will take time and patience, and that treatment should begin as soon as a problem is suspected or noticed to avoid more serious long-term injuries.

If you are engaging in any self-harming activities, please call Sustain Recovery Services at (949) 407-9052 for a confidential consultation about your problem. We can treat your issues in a non-judgmental manner and help you to develop positive mechanisms to deal with your problems.