The Life of a Sober Musician 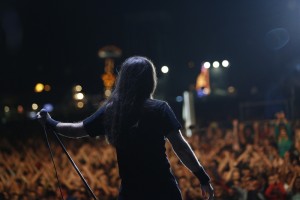 Fans of modern music might assume that every popular musician is using some combination of drugs and alcohol, both while performing and during their daily lives, yet after struggling with drugs and alcohol for many years, a growing number of musicians are adopting sober lifestyles that have allowed them to continue their careers long after many of their drug-using contemporaries have fallen by the wayside. Modern music and the creative process may seem to be synonymous with substance abuse, but the reality of the music industry is often at odds with the public perception.

Peer Pressure in the Music Industry

One of the more difficult challenges faced by musicians who want to maintain their sobriety is that drugs and alcohol remain omnipresent in the music industry, and especially at performance venues. Sober musicians prepare themselves for these challenges by placing as much distance as is possible between them and the temptations of these substances. They will keep drugs and alcohol out of their dressing rooms and rely on their managers to police the venue to keep people away who do not respect a musician’s clean and sober lifestyle. They also surround themselves with friends and fellow musicians who are also adhering to sobriety.

In part, the drive for sobriety among professional musicians is a practical one. Most performers earn most or all of their revenue from live performances and not from sales of their recordings. Musicians who drink or use drugs can find themselves unable to adhere to a demanding performance and road schedule. This is particularly true of the festival circuit that keeps multiple bands and performers on a tight schedule at large performance venues. A musician who is not ready and able to perform during an assigned slot will quickly fall off out of favor with festival promoters and producers.

Sobriety is not limited to second- and third-tier musicians who might be seen as using their drug- and alcohol-free image as a means to separate themselves from the crowd. Elton John, Steven Tyler, Eric Clapton and other big-name musicians have also adopted sober lifestyles after experiencing periods of addiction that have hampered their creative and performance abilities. These famous performers have also seen the ruin suffered by many of their contemporaries who were unable to break free from drugs and alcohol. In the 1960’s and 1970’s, the music world suffered the loss of luminaries such as Janis Joplin, Jimi Hendrix, and Jim Morrison. That list continued to grow into the 1980’s and beyond, more recently claiming talent such as Amy Winehouse and Whitney Houston. It is unlikely that drugs and alcohol will ever be completely absent from a musician’s world, but the continuing lives that they claim and the attendant publicity to fatalities caused by drugs and alcohol in the musician community will convince more musicians to adopt a sober path.

Musicians might continue to use drugs and alcohol in the belief that it gets them closer to their fans, or that these substances are necessary to project the public persona that they have created to sell their music. Sober musicians are quick to counter that their music will improve with their sobriety and that  they will have a more successful and long-lasting career without any artificial substances.

If you are in the music industry and you are looking for techniques and suggestions to get or to stay sober, lease call Sustain Recovery Services at (949) 407-9052. We are sympathetic to the challenges that you face, and we can recommend tools and techniques that will help you to maintain and build your musical career apart from drugs and alcohol.