Learn About the Heroin Problem in the United States 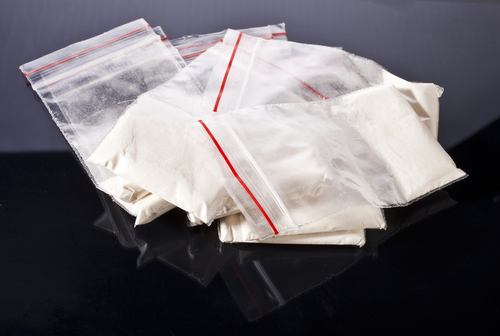 The problem of heroin within the United States is not a new one but it is one that is growing in intensity across the states and within communities. Learn more about the issue of heroin, addiction and what is being done.

Vermont Governor Peter Shumlin spoke on the problem of heroin in his community. Nearly two million dollars worth of heroin is flowing into Vermont on a weekly basis while nearly 80% of inmates in prison are there for drug related crimes. Heroin-related deaths in the state of Vermont nearly doubled last year and the number of people treated for addiction to heroin has increased 770% since the year 2000.

The nation’s attention is focused solidly around the crisis devastating communities. Heroin abuse is still considered a uniquely ‘Hollywood issue,’ whereas the epidemic is spreading far and wide, affecting everyone in its path. People still struggle to believe overdoses are occurring daily in neighborhood backyards and homes.

Heroin addiction can have a far reaching and long lasting impact. It can feel like an uphill battle fraught with disappointment and challenges. Promises get made but at the end of the day what does it mean to really wrestle with and win the battle against heroin? Everyone from actors to actresses, singers to songwriters in Hollywood are opening up about struggles but it can be harder to hear it come from neighbors, friends or even loved ones. It is worth listening to the stories kids and young adults are telling to find out the truth behind heroin addiction.

The UN Office on Drugs and Crime released a World Drug Report in 2016 which outlined the true extent of the problem. Heroin is the deadliest drug in the world with one million users across the United States. Many theories exist on why the trend is going up for heroin use. The theory is posited that cracking down on prescription drugs has slowed the abuse of those drugs down while heroin use went up. Heroin is an illegal drug, not available by prescription and the surge in demand likely drove an increase in supply from other countries.

A sharp decline globally in opium production may also impact the drug’s availability. More devastating is the increase in funding to address a growing problem with heroin and fentanyl. Prescription opioid painkillers is a real emergency for people who are being overprescribed and overdosing. Heroin abuse in prisons is going up and can lead to dangerous consequences. Mental health therapies are being offered to cope with addiction to the drug and target both substance abuse and mental health issues.

Sustain Recovery provides an approach to adolescent care that is unique and supportive of individual’s needs. Clients who need short or long term solutions are welcome to check out our programs to find a way back from addiction.

I first met Sayeh in November of 2013 just after my 15 year old daughter had been admitted to a residential treatment program. As part of the program I was required to attend 2-3 AlAnon meetings a week. Sayeh attended the same AlAnon meetings as well as Alumni events as I. It soon became apparent to me that Sayeh had a heart for recovery, program, and God. When I was encouraged to get a sponsor I didn’t hesitate. Dependable, respectful, kind and generous of spirit, she exudes an inner peace that I hope to achieve with her loving guidance, as I work my own program. She is patient, & full of wisdom that she is always happy to share with her sponsees and fellow parents. I am so grateful our journeys brought us together.